Yay! I’m happy to report that the Jane Austen devotional I’ve been working on is complete! It contains 50 meditations inspired by Jane Austen’s preserved prayers, with spiritual illustrations drawn from the characters and situations in her novels. (See earlier post Life and Other Unmanageable Events for a preview of one of the segments.) As with every other book I’ve written, it was a labor of love, this time with a whole different set of interesting challenges, since it was my first non-fiction piece.

Anyway, I’ve sent the manuscript out to a few trusted beta readers for comments and corrections with an eye to a probable publishing date in September (or October at the latest). My cover designer will now begin his work (with lots of “helpful” input from me). But until the final rewrites are needed, I’m a little at my leisure. So I’ve turned my attention, with renewed enthusiasm, back to the Northanger Abbey sequel I had begun before that – working title: Murder at Northanger Abbey.

I shared a slightly steamy scene from that work-in-progress here, but the following is what I wrote recently for a “Picnics” theme post at Austen Variations.

Emma had never been to Box Hill; she wished to see what every body found so well worth seeing; and she and Mr Weston had agreed to chuse some fine morning and drive thither… and it was to be done in a quiet, unpretending, elegant way, infinitely superior to the bustle and preparation, the regular eating and drinking, and picnic parade of the Eltons and the Sucklings. (Emma, chapter 42)

In case you missed reading it there, I decided to share it here too! I’ve added this little scene to chapter one of the book, where it fits nicely as part of the snap shot of Catherine and Henry’s early wedded bliss before events lead them into danger and intrigue.  So here’s another sneak peek!

The drawing room had been an instant favorite with Catherine from the occasion of her first setting eyes on it those months before. General Tilney himself had brought her to Woodston to see Henry’s home, at the time making ill-disguised allusions that it might one day be her home as well.

“Oh, what a sweet room!” she had involuntarily exclaimed to Henry upon seeing it. “But why do not you fit it up, Mr. Tilney? What a pity not to have it fitted up for use! It is the prettiest room I ever saw! If this were my house, I am sure I should never sit anywhere else!”

Such were her irrepressible sensations at the time. She remembered that Henry’s answering smile seemed to convey his amusement and pleasure at her unguarded effusions.

“I trust,” the General had said with a satisfied smile, “that it will very speedily be furnished; it waits only for a lady’s taste!”

General Tilney, of course, had shortly thereafter changed his mind, withdrawing his good opinion of her when she turned out not to be the heiress he had supposed. But as for Catherine, she had never retreated from her high opinion of the drawing room at Woodston parsonage. It was still her favorite room in the world. And though she had yet to finish properly fitting it up – there would be new paper for the walls, different curtains, and a stylish sofa had been ordered – she had temporarily installed a small table and two comfortable chairs directly facing the tall windows, where they could sit and enjoy the bucolic view in the meanwhile.

Before she could settle to her work, Catherine once again paused before those windows to consider the scene, as she had done an hundred times before. But this day she flattered herself that she was seeing with a more educated eye, as she had been recently studying some extracts from a large volume on the subject of the picturesque. And now it struck her for the first time that there was some small imperfection in the view before her. Although there were hills at the back to give depth, and a cheerful green meadow at the fore, generously embellished with wandering sheep and hedgerows, to Catherine’s newly enlightened mind, there was still something wanting. 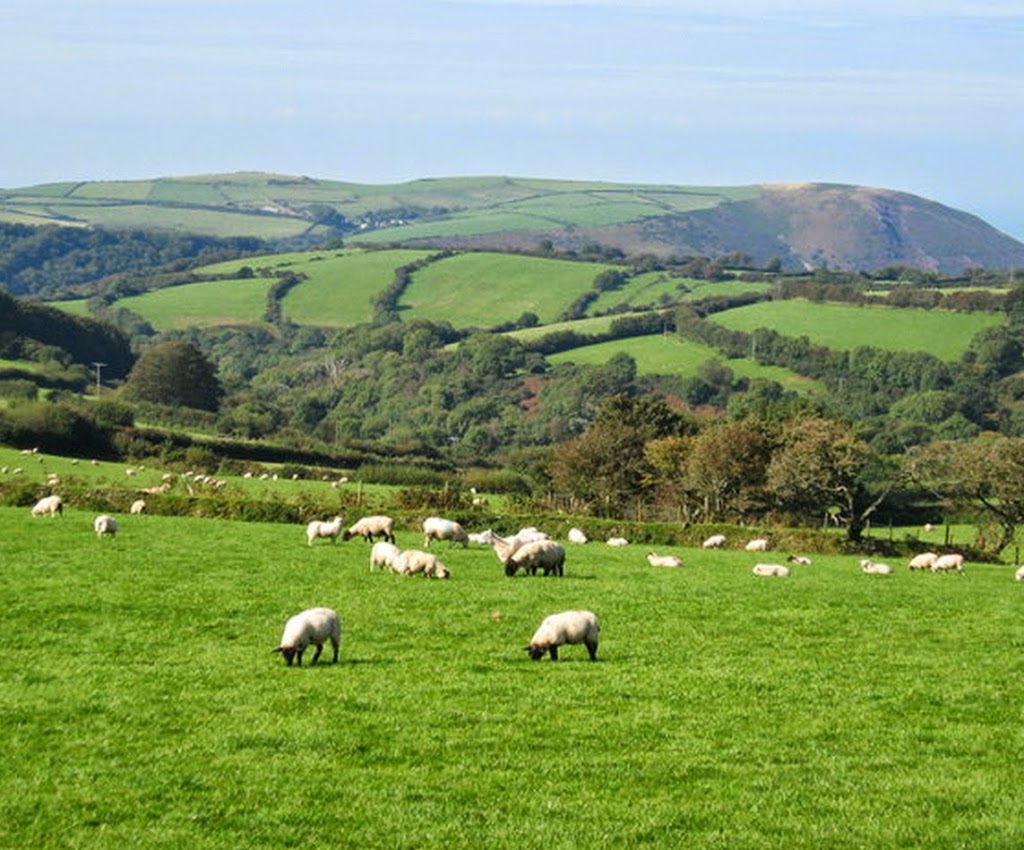 Catherine’s knowledge of art in general was very thin, but she had learnt enough to know that every landscape should contain a point of particular interest to draw one’s eye. The sheep could not be counted on to arrange themselves just so, and besides, they were far too ordinary to serve. No, it should be something else, something less commonplace but just as serene. Then an idea struck her, and she knew at once that her instincts had been correct. It only remained for Henry to be convinced as well.

Catherine lost no time. Finding Henry in his book room, she took him by the hand and propelled him to the drawing room without bothering to answer his questions as to the cause of her obvious excitement.

“There!” she said pointing through the windows to the precise place suggested by her imagination. Henry looked, but when he failed to respond with appropriate enthusiasm, Catherine was forced to go on. “There must be a picnic to take place exactly there,” she said, “Cannot you see how charming it would look, Henry? That is the very thing to complete the picture!”

Henry laughed. “My darling girl, is this what has you so agitated – the need for a picnic? Well it is a fine day, and I have no dislike for eating out of door. We may take a picnic wherever you say, but why among the sheep, darling? Surely under one of the trees to the side of the lawn would do as well or better.”

“No, Henry, you are missing the point. It must be exactly there for the sake of correct composition. A young couple like ourselves, sitting on a blanket, is needed to add the point of particular interest and complete the view. Look again, and I am sure you will see that I am right.”

Henry obeyed but remained mystified. “I suppose you are right in thinking it would be a pretty scene, but not one that it is within our power to contrive. We are not likely to be able to convince any young couple to continually picnic there just so that we may always have the pleasure of looking at them.”

“Of course not,” Catherine said patiently. “We must do it ourselves.”

“But… I’m afraid I still do not understand, my darling. One cannot be in two places a once – here to observe the pretty scene and there to be observed…” He trailed off.

“I know that much: I am no simpleton. But once we have picnicked on that spot, I will ever after be able to see it in my mind’s eye when I look out this window. Even many years from now, when we are quite old and gray, I will picture us exactly there. Wait!” Catherine ran to the cupboard in the next room, returning with a dark blue blanket, which she handed to her husband. “Now take this and go out into the meadow. I will direct you to the correct spot from here. Meanwhile, I will have Mrs. Peabody make up a basket with a few things – just bread, wine, and cheese, perhaps. Then, when everything is ready, I will join you and we will have our picnic.”

Henry made no further protest. He took the blanket and set off out the door, across the lawn, and down the lane to where there was a stile to give access to the meadow beyond. Every few minutes he looked back, waved, and looked for Catherine’s direction for where to proceed. Soon enough, she joined him and they shared the modest repast together there, talking and laughing, and then lying back on the blanket, holding hands and gazing deep into the clear blue sky.

Although Henry Tilney had gone along with the plan simply to humor his wife, he ended by thinking her idea a very wise one indeed. Not only had he enjoyed himself immensely, which did not surprise him. He also was to discover how right Catherine had been. For never again would he look out the drawing room windows without picturing their lovely picnic exactly there, as she had said.

I hope you enjoyed this playful look at the young married couple and the way they interact. Stay tuned for further updates on this and other projects!

2 Responses to Updates and Picnics