Credit Where Credit is Due 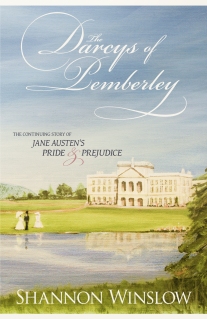 This month marks the 5-year anniversary of the publications of The Darcys of Pemberley! My baby (my very first novel) is five years old now, and I’m so proud of how well it has done out there in the big, wide world. It thrills and slightly astounds me to think how many thousands of people, most of them total strangers, have now read it. TDoP is still my flagship, with the other novels following in its wake, and that shows no sign of changing.

So, I wanted to commemorate the occasion. And according to my custom, I went looking for an appropriate Jane Austen quote to include in this post. I found this one in a letter she wrote to her sister Cassandra in 1799:

I wish you joy of your birthday twenty times over. I shall be able to send this to the post to-day, which exalts me to the utmost pinnacle of human felicity, and makes me bask in the sunshine of prosperity, or gives me any other sensation of pleasure in studied language which you may prefer. 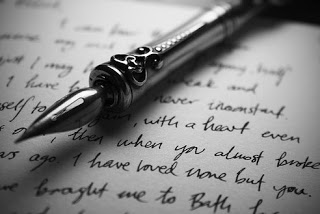 Absolutely perfect! Not only does this quote speak of celebrating over a birthday, as I’m doing with The Darcys of Pemberley, it also seemed like a classic example of what inspired me to start writing Austenesque in the first place: a first-rate demonstration of Jane’s sharp mind, her humor, and her stellar use of language.

(I actually discovered this quote four years ago and used it in a first anniversary post for The Darcys of Pemberley. Loved it then; love it now!)

Reading through the rest of the letter, I found these other gems – some funny, some sarcastic, all a reflection of Jane’s character and personality.

You express so little anxiety about my being murdered under Ash Park Copse by Mrs. Hulbert’s servant, that I have a great mind not to tell you whether I was or not…

Mrs. Knight giving up the Godmersham estate to Edward was no such prodigious act of generosity after all, it seems, for she has reserved herself an income out of it still; this ought to be know, that her conduct may not be overrated. I rather think Edward shows the most magnanimity of the two, in accepting her resignation with such incumbrances.

I do not like the Miss Blackstones; indeed, I was always determined not to like them, so there is the less merit in it.

There were more dancers than the room could conveniently hold, which is enough to constitute a good ball at any time. I do not think I was very much in request. People were rather apt not to ask me till they could not help it… There was one gentleman… who I was told wanted very much to be introduced to me, but as he did not want it quite enough to take much trouble in effecting it, we never could bring it about… One of my gayest actions was sitting down two dances in preference to having Lord Bolton’s eldest son for my partner, who danced too ill to be endured.

Is it any wonder we love her prose as much as we love her stories? And these examples are from just one letter! I occasionally write something rather witty or funny (at least to me), but I can’t ever hope to measure up. Here’s a line, though, from The Persuasion of Miss Jane Austen that I think sounds particularly like her. Speaking of her illness Jane says…

From the way Mary looked at me… I immediately perceived that she considered my chances very grim indeed. This did not trouble me overly. I intended to live or die quite independent of her opinion in the case.

Ironically, Jane starts her letter by telling Cassandra that she should read her own letters over five times before sending them so as not to miss how entertaining they were. “I laughed at several parts of the one which I am now answering,” Jane wrote. I wonder if any of Cassandra’s letters have been preserved. Jane considered her the funny one.

Anyway, instead of bragging about “my baby” or boasting in my small accomplishments, I’m giving credit where credit is due. It’s God who gave me the ability to write. It’s Jane Austen’s work and wit that inspire me. And it’s my readers who keep me going. I am so grateful to everyone who has read, reviewed, and recommend one of my books to a friend, to everyone who has given me a word of encouragement along the way. I feel truly blessed!

As they celebrated the second anniversary of their marriage at Pemberley that November, Darcy and Elizabeth could easily have been forgiven for thinking themselves blessed above all other creatures in England. (The Darcys of Pemberley, final line)

8 Responses to Credit Where Credit is Due