Lady Susan: the Most Unlikely Heroine 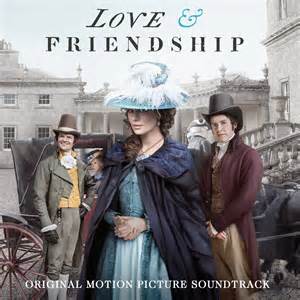 I promised you something about the newest Jane Austen adaptation: Love and Friendship, based on one of her lesser works known as Lady Susan.

But first I have to brag a little about the progress I’ve been making on my latest book (see Work in Progress). Other commitments had kept me away from getting any serious writing done for a long time, so it feels wonderful to be back at my desk nearly every day again! I still have a long way to go, but I hope to have this one (and a second related novel as a bonus (see Crossroads Collection) out before the end of the year.

Now, we return you to our originally scheduled program:

Naturally, I was thrilled when I heard there was a new film coming based on a Jane Austen work, and one that had never been done before, too: Lady Susan.

In case you’re unfamiliar with it, Lady Susan is a novella (short novel) that Jane Austen began when she was only seventeen and completed several years later. It’s written in epistolary form, which means it tells the story through a series of letters exchanged between connected characters. This was a popular style at the time while the new literary form, the “novel,” was still evolving into what we know it as today. Did you know that Jane Austen wrote her first drafts of what would become Sense and Sensibility and Pride and Prejudice in epistolary form also? I’m glad she didn’t leave them that way, though.

Lady Susan features a very unlikely heroine. Unlikely because she’s so unlikable. (By comparison, Emma, who is often considered JA’s least likable leading lady, is a total saint!) I hesitate to even call Lady Susan Vernon a heroine, because there’s absolutely nothing heroic about her. She is a conniving woman, still intoxicatingly beautiful in her late 30s, who indiscriminately uses her power over men to get what she needs/wants, often at the expense of her own daughter. She could be rightly described as a sociopath, since she is selfish, vain, and operates outside the normal constraints of love and conscience.

Lady Susan is know by her peers as “the most accomplished coquette in England” – in other words, a flirt of the highest order. She’s a brilliant virtuoso, a master at her craft. She has a silver, but forked, tongue able to skillfully twist the truth others tell about herself to sound like a slanderous lie and her own version of events the most reasonable thing in the world. In fact, if she were here right now, she would convince you in ten minutes that what I’ve just said about her is only an unfortunate misunderstanding. If you’re a man with a pulse, she’d have you in five!

With only this description, I wouldn’t have bothered reading the novella, and I’d probably have skipped the film too… except for one thing; it was written by Jane Austen. It is her genius that makes the story worthwhile. She takes this despicable character and makes her not simply mean but intensely interesting.

You might not be aware of it, but Jane Austen’s wit had a caustic side (I could do a whole post on that, and maybe I will.), and Lady Susan is the perfect vehicle to exercise it. Here’s what Kate Beckinsale, who plays the title role in the movie had to say in an interview: 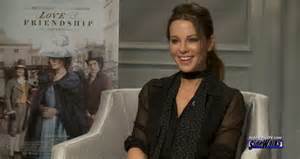 I’m fairly familiar with Jane Austen and I think she’s so incredibly insightful and funny, but I didn’t realize she had such a naughty streak. I hadn’t seen such a broad kind of feminist-y heroine who is terrible and diabolical and cruel. Yet she’s also functioning within the constraints that existed at that time for women. Her big concern is her future security.

In that respect, Lady Susan Vernon (a widow with a grown daughter but no money) isn’t so very different from all Austen’s other leading ladies. She is a survivor, not a fainting victim. As explained in a related blog article in Ms. Magazine…

The appeal of Austen’s heroines is that, whether through patience, wit, endurance, or in Lady Susan’s case, duplicity and scheming, they achieve happily-ever-afters on their own terms. Their happy endings are not without caveats, but the women negotiate the best lives for themselves in a world where choice is minimal.

A few of Austen’s heroines make brilliant marriages, it’s true (Lizzy Bennet, most notably), but most come to terms with and find contentment in what could be considered compromises. Elinor gets the man she loves but must live in comparative poverty because he’s been disinherited. Catherine Morland and Fanny Price wed men who will never be rich either. Maryanne marries the steady, devoted older man instead of the dashing young hero she originally felt she had to have. Anne gets her happy ending, but only after seven long lost years of pain and disappointment. 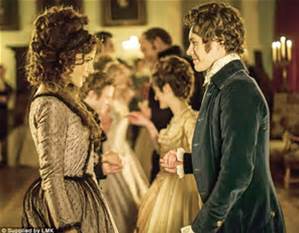 In the end, Lady Susan must make some compromises, too. But she finds a way to survive. And, according to the film at least, she manages to have her cake and eat it too. We don’t have to like her, but we may begrudgingly admire her just a little.

I hope you’re intrigued enough to not only read Lady Susan but also see Love and Friendship.

Lady Susan made an ideal subject for film adaptation for a couple of reasons. First, it’s short (only about 50 pages-worth of material) so, unlike with full-length novels, nothing had to be cut to fit into a standard movie format. Second, since it’s written in letters, it’s all made-to-order dialogue already. Yes, it has to be rearranged into live action, but everything’s there with nothing lost in narration passages.

Whit Stillman did a good job of adapting the work too, keeping to the story and using much of Jane Austen’s original language. It’s sharp, intelligent, and witty from beginning to end. I enjoyed the film very much, despite (or perhaps because of?) its unlikable heroine.

You may not be able to find it in theaters (it garnered only a limited release), but it’s due out on video soon. That might even be the preferred way to watch it. It moves along so quickly that it’s hard to catch everything the first time through. I felt like by the time I had understood and appreciated one delightful line of dialogue, I had probably missed something else equally good. So watch it twice or pause along the way to laugh aloud. If you like your humor on the satirical side, you will enjoy Love and Friendship.

At present, nothing goes smoothly. The females of the family are united against me… I remember saying to myself as I drove to the house, “I like this man; pray Heaven no harm come of it!” But I was determined to be discreet, to bear in mind my being only four months a widow, and to be as quiet as possible. And I have been so; my dear creature, I have admitted no one’s attentions but Manwaring’s, I have avoided all general flirtation whatever, I have distinguished no creature besides of all the numbers resorting hither, except Sir James Martin, on whom I bestowed a little notice in order to detach him from Miss Manwaring. But if the world could know my motive there, they would honour me. – Lady Susan

16 Responses to Lady Susan: the Most Unlikely Heroine