Hats, ARCs, and a Cover Peek-a-boo 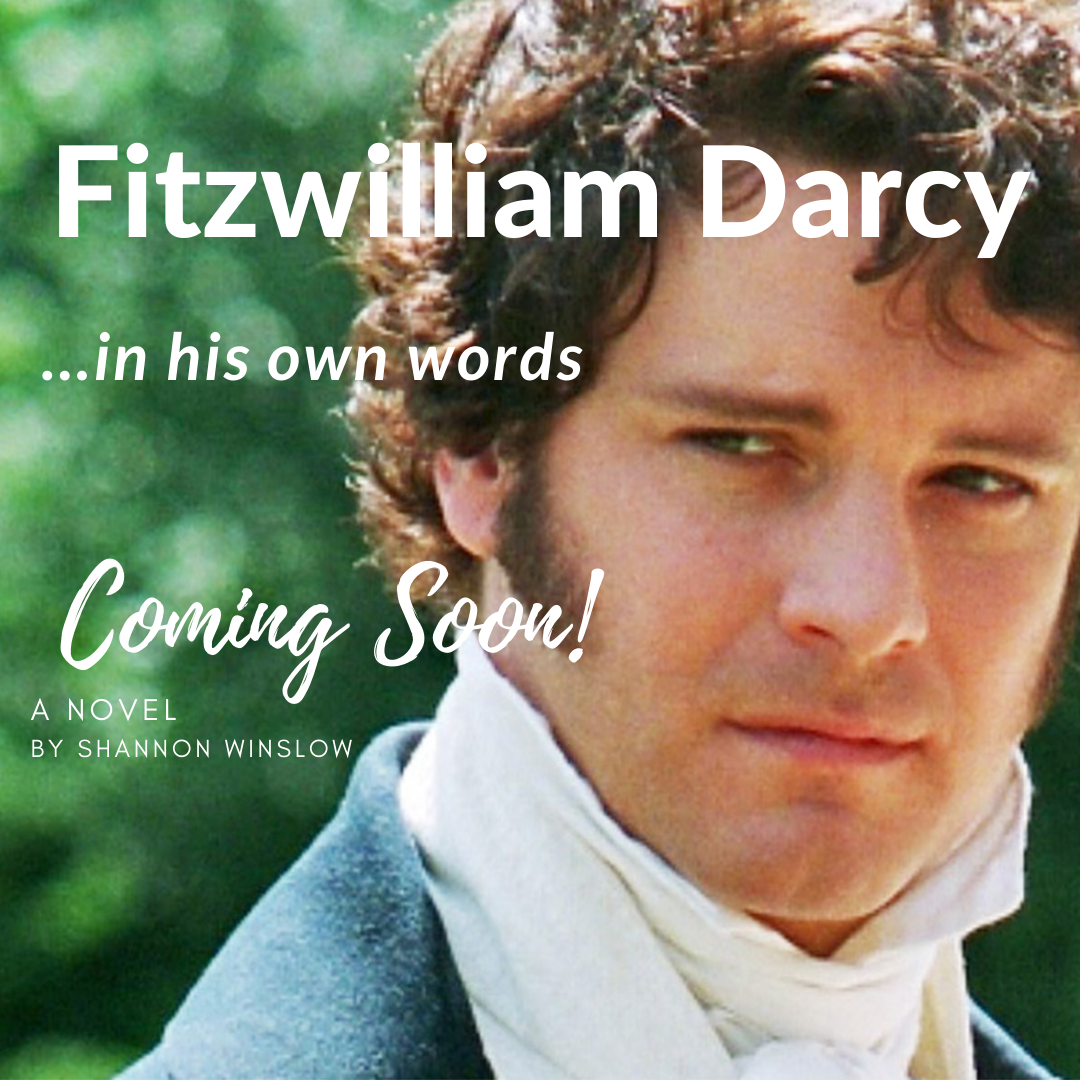 Fitzwilliam Darcy, in His Own Words. The book is done, and I can hardly wait for its debut on May 4th. I’m super excited about the gorgeous cover too (inspired by this still from the ’95 mini-series), which is scheduled to be revealed on April 14th. But that’s still over 3 weeks away!

So, what am I doing in the meantime? I’m trying to get a strategy together for promoting the book, for how I’m going to get the word out about this new story!

When I started in this game over a decade ago, I figured that my job was to write a great book. After all, that’s the part where my skills and interests most applied. Then, I imagined I would pass my baby off to others who would handle the actual publication and promotion process, no doubt sending me off on on a glamorous book-signing tour. I would have enjoyed that.

Didn’t happen. That’s not how things are done anymore. For most of us at least, there are no actual book-signing tours and no big-budget publicity teams either. Nearly everything is done online by the author him/herself, who must wear many hats. Some of those hats fit better than others, and a few are downright uncomfortable.

I bought some Japan ink likewise, and next week shall begin my operations on my hat, on which you know my principal hopes of happiness depend. (from a letter)

For example, I’m not all that comfortable with technology. I’ve learned what I had to to get the job done, but it’s definitely not my strong suit. However, I have recently started playing around on Canva, creating some graphics I can use in the promotion process – things like the graphic above, which I made all by myself! Also a peek-a-boo from the cover (below). So maybe there’s hope.

I’m also not great at self-promotion. “Hey, look at me, look at me! Isn’t my book amazing?” That’s not my style at all. So I’m hoping to get some help with that (You see, I’m perfectly fine with other people bragging about my books!). Reviews (on Amazon and Goodreads, etc.) are critical, and especially the first ones to get the ball rolling. So I’d like to recruit a few of the subscribers of this blog, who would be willing to promptly post reviews about Fitzwilliam Darcy in His Own Words, to receive and read an ARC (advance-reader copy) of the book. Are you interested?

To help you decide, go here to read the Prologue. And here is the official book blurb:

If you’re ready to sign on to my unofficial “publicity team,” email me here: shannon(at)shannonwinslow(dot)com, subject line “ARC.” Tell me why you’re perfect for the job! Like I said, I don’t have a big publicity budget, but I’m planning a small thank-you gift for those who successfully complete the assignment. Plus you’ll get to read the book before anybody else!

And now, as I promised, here’s that graphic I created to give you a peek-a-boo look at the cover. What do you think? – not the bricks, of course, but the pair of eyes looking at you between them. I have to admit I had fun putting this together. 😀

Have a great day, and watch for the cover reveal post at Austen Variations on April 14th. Or follow this link. 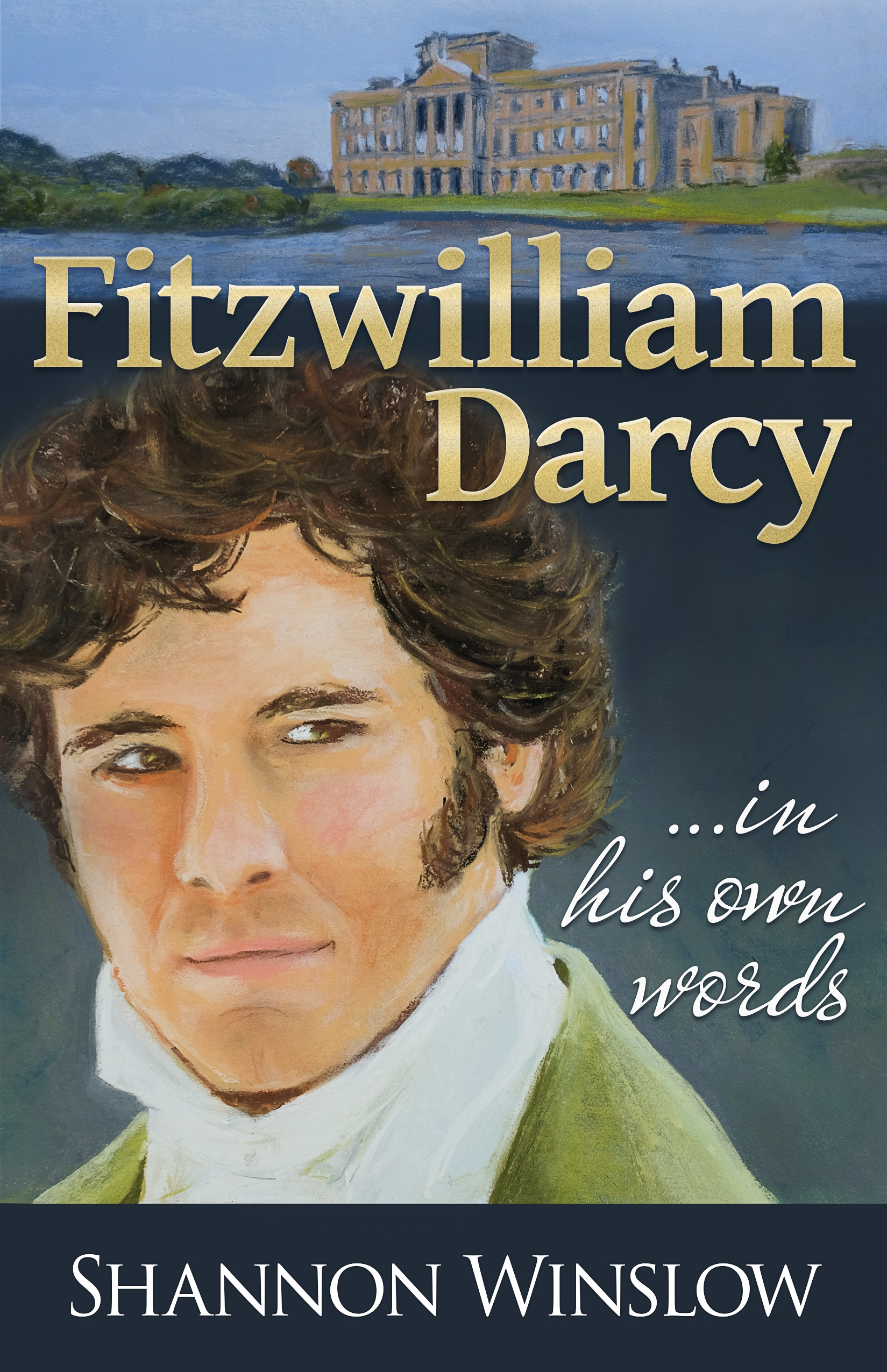 4/14/21 UPDATE: Here’s the finished cover! I hope you like it. Everything is on track for the May 4th publication of Fitzwilliam Darcy in His Own Words in Kindle, KU, and paperback. It’s available now at Amazon for Kindle pre-order too. Audio begins production soon and should come out sometime in June. The incomparable Harry Frost will be the narrator.

10 Responses to Hats, ARCs, and a Cover Peek-a-boo