The Supreme Council of Baddies

I wrote this fun mash-up a couple of years ago for our March Madness theme on Austen Variations, but I haven’t shared it here before. This is what happened when I  collected a bunch of Jane Austen’s villains in one place at the same time. What could possibly go wrong?

Everybody who is anybody was there. Wickham, of course, and Willoughby. General Tilney and his eldest son, the captain, showing off their military finery. The Crawfords, both brother and sister, Mrs. Norris, and Lucy Steele. All the A-listers and even some of the more minor players. They only awaited their chairman to get things started.

Finally Mr. Collins, who had vociferously volunteered his services to facilitate the meeting, rushed in and loudly cleared his throat to get their attention.

When the rumble of voices had quieted sufficiently, he announced with hushed reverence, “Our esteemed leader has arrived. I trust you will all join me in honoring her with the attention and respect her rank and position among us must rightly demand.” Gesturing toward the doorway, Mr. Collins elevated his voice to a fevered pitch. “I give you Lady Catherine de Bourgh!”

All eyes turned, and yet they saw only a vacant portal.

Perhaps it was the slight bow he added to his introduction or the extra flourish of his arm gesture. In any case, this time the great lady did appear as bidden. Light applause broke out but was quickly silenced by Lady Catherine’s cutting glare.

“This is not a celebration,” she said sternly upon claiming the podium. “We are not here for our mutual entertainment. We have serious work ahead.” She allowed the weight of this pronouncement to settle upon her listeners as she, one by one, took in the faces before her. “Is everyone present?” she asked Mr. Collins.

“Yes, indeed, your ladyship. Everything is as it should be, though I do say it myself,” he answered with obsequious humility. “All are present and I have distributed the assignments according to your specific instructions.”

“Good. I only wish to say these things once.” She then returned her attention to the small conclave before her. “Each of you has had opportunity to review your latest assignments, and I trust you are all ready to carry them out to the letter… at risk of life and limb if necessary.” Hearing no immediate contradiction to her statement – it was most definitely not a question, after all – she went on.

“We are not here to debate these instructions, only to address questions and strategize how to most effectively see the battle through. Your theatres of operation may be different, but your main mission is the same. The blight of true love is to be overthrown in every case,” she said, scornfully emphasizing that particular phrase. “Unequal alliances and sloppy sentimentality must be stamped out where you find them. The fictional expectation of ‘happy endings’ for these simpering heroines we suffer nowadays must be proven just that: a fiction. You have been given license to use any means necessary – any means short of doing actual bodily harm, that is – to undermine, oppose, and sabotage. Ours is a noble cause, and we must be prepared to meet the enemy forces with cunning and resolve.”

Some of the others joined in her enthusiasm for Lady Catherine’s inspiring speech, but not General Tilney. No, he wore a look of unmistakable hostility. This, it may be supposed, can be attributed to his lingering disgust over his failure to depose the current speaker in the previous election. Thus motivated, he challenged her with a question.

“You talk a good game, Madam, but what support from headquarters can you deliver to those of us on the front lines? Love is a formidable force. Fine-sounding words will only go so far against it.”

“How wrong you are, sir,” she shot back at him. “There is no more effective weapon on earth than an arsenal of words, finely honed and expertly delivered. If, after all your training, you persist in doubting the truth of it, I suggest you review chapter six of your manual. As for support services, you will receive what has been promised. You may depend on it.”

“Hear, hear!” Mrs. Norris shouted once again, drawing looks of annoyance from more than one quarter.

Lady Catherine, having successfully thwarted General Tilney’s challenge, expected the rest to fall quietly into line behind her leadership. “I need not remind you of headquarters’ intolerant attitude toward failure. Some of you are teetering on the brink of banishment from this society as it is.” Again she cast her eyes from face to face, this time with a you-know-who-I-mean lift to her right eyebrow.  “Very well, then,” she continued when satisfied. “If there’s nothing else…”

No one would dare defy her authority, she surmised. In fact, they would probably be too intimidated to even ask questions. She would make quick work of anyone who did, and then she could be on to more interesting endeavors. Really, it was all such a bore, supervising these under-talented pretenders when she had much rather be keeping her rendezvous with that distinguished Count Deering. Now there was a man truly worthy of her time and abilities…

Her ladyship’s private reverie was unpleasantly cut short by a noisy uprising. It started small, with a protest from Lucy Steele, directed at no one in particular.

Looking up from studying her assignment, she said, “I don’t mind stirring up trouble. In fact, I’m sure I shall enjoy it immensely. But I cannot be expected to go so far as actually marrying one of these silly Ferrars brothers. What if I don’t like the looks of them, or the wrong one ends up with the money? It would be throwing myself away completely!”

Henry Crawford came to her support. “Miss Steele is perfectly right. We are professionals, after all. We must be allowed some room for creative expression, some leeway to carry out our assignments as we see fit.”

“I agree with my brother,” declared Mary Crawford. 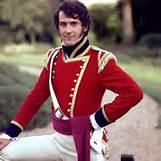 “What about seduction?” asked Wickham, standing and raising his voice to be heard above the growing disturbance. “Is that allowed or is it considered ‘bodily harm’?”

“Depends who’s doing the seducing!” returned Captain Tilney with a wry smile, and he was rewarded with appreciative laughter. “The ladies never complain when it’s me.”

Perturbed by Tilney’s implication, Wickham, redirected. “I wasn’t asking you, sir. My question was for our chairman… uh, chairwoman, I mean.”

Before Lady Catherine could address this or any of the previous remarks, Willoughby added his voice to the growing melee.

“And another thing,” he said to the group at large. “I don’t much care for these veiled threats of banishment if any of us should fail. As far as I can see, Lady Catherine has not succeeded in stamping out the threat of true love either, except perhaps in her poor, unfortunate daughter. Now there is a young lady I should like to see benefited by a little male companionship, if you know what I mean!”

“Silence,” shrieked Lady Catherine before slumping down in a near faint.

Mr. Collins, completely beside himself by now, ran from member to member begging for a return to order. Not surprisingly, he and his pleas went unheeded. General Tilney leant back in his chair, smiling serenely at the scene before him and no doubt anticipating a more favorable outcome in the next election. Nearly everybody else had risen by this time, shouting and gesturing various insults at various parties, present or not. In the chaos, no one even noticed when Henry Crawford and Lucy Steele slipped out the back door together.

What can be said about the outcome of this council meeting except that it was a total loss? As for the success or failure of the members’ subsequent missions? The answers await your discovery between the pages of books.

This was a very popular piece when it aired at Austen Variations. But people were quick to point out that I had overlooked some notorious “baddies.” So I will probably rewrite it later, expanding it to include a few more. Did I cover all your favorites, or do you want to put in a word for some deserving villain for the second edition?

PS – In case you haven’t heard, I’ve started posting chapters of The Persuasion of Miss Jane Austen every Friday at Austen Variations. So you can now read it for free! To get started, follow this link to part 1.

2 Responses to The Supreme Council of Baddies