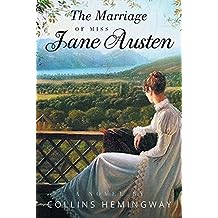 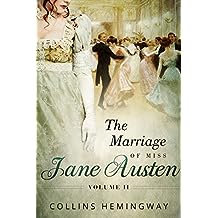 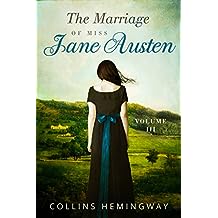 As you may recall, last year I hosted author Collins Hemingway on blog tour for his trilogy The Marriage of Miss Jane Austen. That Q&A was for the release of volume 2. Well, he’s back today with volume 3 of this ambitious work, now completed! I’m always fascinated to hear about another author’s journey, especially one who shares my passion for Jane Austen and her writings. So I hope you’ll also enjoy the articulate Collins Hemingway as he sits down with me to share a bit more of his story:

SW:  Many contemporary authors have written sequels or variations of Jane Austen’s books, but far fewer have attempted to make Jane Austen herself the heroine of a novel, as you and I have both now done. What inspired you to do so? 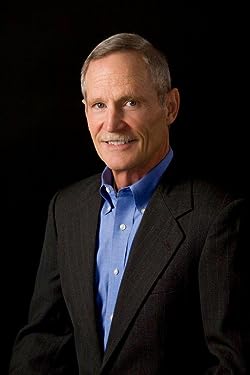 CH:  Admiration for her intelligence and character, as reflected in her books and letters. I was wowed by what her brother Henry called “the extraordinary endowments of her mind.” I didn’t want to steal from her—at least not very much—but I did want to make use of her qualities in a meaningful way. In parallel, I had begun work on a general story of a woman set in the early 1800s, and I realized that the voice kept morphing into Austen’s. When I dived deeper into the details of her life, I realized I could combine her personal story with the major events of the Regency era in a way that stayed true to both.

SW:  What would you say makes your approach in this trilogy unique?

CH:  I’ve read four novels with Jane Austen as a character. (I’m sure there are more.) Two kept her as a single woman. One was a compilation of incidents intended to show where the critical scenes in her books originated. Another provided an interesting travelogue of early Australia by taking her there during the “lost years” of her twenties. Yours, Shannon, The Persuasion of Miss Jane Austen, is the only other one I’ve seen in which Jane marries or has a significant relationship.

You used some lovely sleight of hand to give Jane the happily-ever-after ending that she gave to her own characters. I was not so kind. I wanted to test my protagonist by putting her in the middle of the most difficult personal and social issues of the day. I wanted to show the experiences of most women in the early 1800s. I couldn’t think of a more powerful or resilient woman to build the story around.

Many readers think of Austen’s works as romantic romps—and they are fun. But she also wove into the narrative the most serious issues of the day—premarital sex, illegitimate children, and slavery, to cite the main ones. The publishing limitations for “lady writers” in 1800 made it impossible for Austen to write directly about such topics. It wasn’t until I saw how much she did within the shackles of the time (pun intended) that I really began to appreciate Austen as a person and an artist. I wanted to find a way to give her the chance to deal with those issues directly rather than obliquely—by making her the central character while also writing in a similar voice.

By the way, I immersed myself in Austen’s letters and novels, and the biographies and histories, but I did not read any other fiction about Austen until I was well into the second volume and knew where I was going. I was like an actor who did not want to see any other performances for fear they would influence mine.

SW:  That has always been my policy too, Collins. Now, since you were writing about such a strong character, I’m curious if Austen ever exerted her will and threatened to take over your story. Readers may be surprised at the idea of a character hijacking a book away from the author’s control, but it happened to me when I was writing “Return to Longbourn,” believe it or not.

CH:  I believe it! Both Jane and the main male protagonist at times balked at my stage directions. First, at a critical juncture, I could not get Jane’s husband Ashton Dennis  (you’ll recall she once signed a letter “Mrs. Ashton Dennis”) to move ahead as planned. So I went back and reviewed everything, looking for the path that had led to the dead end. I realized that Ashton’s emotional set would be totally different from what I had planned. When I recast the story according to his feelings instead of mine, the words began to flow.

A similar thing happened with Jane. Halfway through the third volume, Jane was not going to follow my script. Somehow, my unconscious knew there was a problem and would not let me move ahead until I understood what Jane wanted to do (something far more radical) and I revised the plot accordingly. What this means, of course, is that characters learn and grow along the way, and the author needs to pay attention.

SW:  You’re so right. I know we talked a little about this last time, but I think readers would find it interesting to hear how you have successfully reinvented yourself over the course of your career. Coming from a business background (marketing, computers, aviation, technical writing), you seem an unlikely candidate to end up writing historical fiction based on the life of an English author from 200 years ago.

CH:  True. In college, it took a while for me to determine what I wanted. The result was that I ended up with a major in English literature and a minor in science. I worked my way through school as a sportswriter and after graduation became a journeyman reporter and editor. Newspapers were then among the first ordinary businesses to use computers—for writing, editing, and production. I became the computer guru in the newsroom, and that led me to technical writing—a career in high tech and related nonfiction works.

But all during these years I wrote fiction. Most of my work was unpublished—deservedly so—but I continued working hard to learn the craft. I hope that this shows in The Marriage of Miss Jane Austen.

My goal was to write a powerful love story, a sweeping epic, and a deeply personal examination of a woman’s psyche as she’s immersed in the happiness and trials of life. I’ve stayed true to Austen’s life—surprisingly so, considering the novel’s premise. Everything that happens is consistent with what we know, or it parallels events that have poor provenance. History aside, my goal was to capture Austen’s heart and soul. It’s up to readers to decide whether I succeeded or not, but I hope at the very least they will appreciate the respect with which I have treated this extraordinary woman.

SW:  I couldn’t agree with you more about that, Collins – heart and respect! Thank you for sharing your thoughts and insights, and I wish you continued success with your trilogy. I know you are willing to answer any questions readers may leave for you in the comment section below. Where can they follow your blog tour?

CH: I am posting the blog tour on my book’s FB page.

Experience the Stunning Finale to the Jane Austen Saga

In the moving conclusion to The Marriage of Miss Jane Austen, Jane and her husband struggle with the serious illness of their son, confront a bitter relationship with the aristocratic family who were once their friends, and face the horrific prospect of war when the British Army falters on the continent. The momentous events of the Napoleonic wars and the agonizing trials of their personal lives take Jane and Ashton to a decision that will decide their fate—and her future—once and for all.