When a Rose is More Than Just a Rose 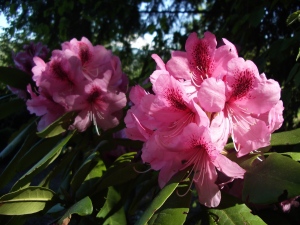 A friend of mine recently suggested that I should do a post on the language of flowers. It’s something I knew virtually nothing about, but, since I happen to love flowers of all kinds, the idea intrigued me. Plus, I figured it would give me a great chance to use some of the hundreds (or perhaps thousands) of floral pictures I’ve taken over the years!

The first step, though, was to establish a connection to Jane Austen. A Google search led me to a several listings connecting the two terms (Jane Austen & the language of flowers). Unfortunately, they all seemed to trace back to the same incomplete source, that being Wikipedia, which says (in part): 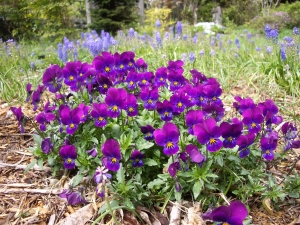 The language of flowers, sometimes called floriography, is a means of cryptological communication through the use or arrangement of flowers. Meaning has been attributed to flowers for thousands of years, and some form of floriography has been practiced in traditional cultures throughout Europe, Asia, and the Middle East…  Interest in floriography soared in Victorian England and in the United States during the 19th century. Gifts of blooms, plants, and specific floral arrangements were used to send a coded message to the recipient, allowing the sender to express feelings which could not be spoken aloud in Victorian society. Armed with floral dictionaries, Victorians often exchanged small “talking bouquets”, called nosegays or tussie-mussies, which could be worn or carried as a fashion accessory… (and, as to its use in literature)… William Shakespeare, Jane Austen, Charlotte and Emily Bronte, and children’s novelist Frances Hodgson Burnett, among others, used the language of flowers in their writings.

That’s it – no elaboration on where or how Jane Austen supposedly used this cryptic language to convey hidden meaning. My own investigations (searching the entire data base of her writings for the word “flower”) led me to this promising passage in Northanger Abbey. It’s a conversation between Catherine Morland and Henry Tilney. She begins:

“I have just learnt to love a hyacinth.”

“And how might you learn? By accident or argument?”

“Your sister taught me; I cannot tell how. Mrs. Allen used to take pains, year after year, to make me like them; but I never could, till I saw them the other day in Milsom Street; I am naturally indifferent about flowers.” 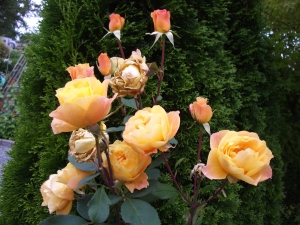 “But now you love a hyacinth. So much the better. You have gained a new source of enjoyment, and it is well to have as many holds upon happiness as possible. Besides, a taste for flowers is always desirable in your sex, as a means of getting you out of doors, and tempting you to more frequent exercise than you would otherwise take. And though the love of a hyacinth may be rather domestic, who can tell, the sentiment once raised, but you may in time come to love a rose?”

“But I do not want any such pursuit to get me out of doors. The pleasure of walking and breathing fresh air is enough for me, and in fine weather I am out more than half my time. Mamma says I am never within.”

“At any rate, however, I am pleased that you have learnt to love a hyacinth. The mere habit of learning to love is the thing…”

Aha! To decipher this passage, I just needed to know what “hyacinth” and “rose” mean! Not so easy, as it turns out, because there are a wide variety of meanings ascribed to these two flowers, according to whose list you use and what color the flower (which we aren’t told in the quote above). 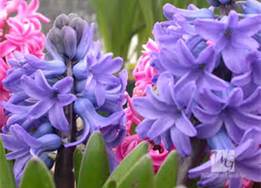 For hyacinth, I found these diverse meanings; jealousy (yellow), loveliness/prayerfulness (white), playfulness (red or pink), constancy (blue), and “I am sorry”/”please forgive me” (purple). So which did Jane Austen have in mind? My money’s on the last one, not only because purple is a very common color for hyacinths but because of what happens later in the story. Perhaps this mention foreshadows how Catherine will soon be sorry indeed for suspecting Henry’s father (General Tilney) of doing away with his wife. Her ultimate repentance of the bad habit of letting her wild imagination rule her represents an important step in Catherine’s character development – a step away from adolescence and toward mature womanhood. 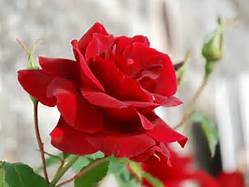 I found more meanings listed for rose than any other flower. Apparently, it is more capable of conveying specific messages than the rest, the subtleties depending on not only the color in this case, but also the number of blooms, their type, and condition. For instance, a bouquet of mature blooms conveys gratitude. A white rose or a bud of any color seems to represent innocence, purity, or maidenhood. Along the same lines, a dried white rose says that death is preferable to loss of virtue! Dark crimson is appropriate for mourning. Yellow means jealousy again. A thornless rose speaks of love at first sight. And if you give someone the leaf only, it means, “You may hope.” 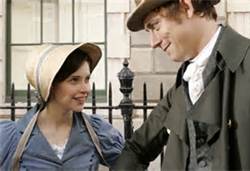 This is certainly not an exhaustive list of what can be conveyed by the most communicative of flowers. But the generally favored meaning seems to be one of romantic, even passionate, love (especially if the rose is red). This shouldn’t surprise anyone. And it’s no doubt what Henry Tilney has in mind when he tells Catherine that he is hopeful that she will move beyond caring about hyacinths to preferring a rose. He’s ready for love, but he knows Catherine isn’t quite there yet. She still has some things to learn first.

I find it interesting that Mrs. Allen could never get Catherine to care about flowers at all. And yet now, after meeting Mr. Tilney and his sister, she’s suddenly interested in learning to love them. She has experienced an awakening; she’s now open to new possibilities. And then Henry sums up the important point for us, saying “The mere habit of learning to love is the thing…” 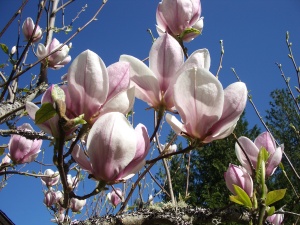 Now, with all this in mind, look at the passage from Northanger Abbey again. Is there any validity to my analysis? It’s entirely possible I’ve read more into it than Jane Austen ever intended. What do you think? Are there hidden meanings here, or is a rose just a rose?

Elizabeth was in no condition to ride. Instead she took the opportunity to stroll through the gardens close to the house, choosing the formal knot garden as her destination. She began her tour with the roses round the perimeter, casting about for the best blooms and drinking in their sweet scent. The flowering of the Gallica and Damask roses had long gone by, but the Chinas carried on despite the heat of late summer. (The Darcys of Pemberley)

PS – A Twitter friend just shared this related link with me. It’s a fanfiction piece depicting the Darcy/Elizabeth proposal scene from P&P, “spoken” exclusively in the language of flowers! Hilarious. I can just feel the tension in the room as the two of them thrust flowers back and forth at each other to express what they are feeling. Take a look.