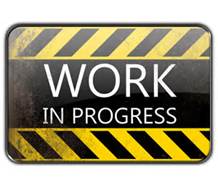 I apologize for being so late with this post. In saying this, I presuppose that you’ve grown accustomed to receiving from me something fascinating to read approximately once a week, and that you’ve been feeling rather faint for the lack of it these past several days.  But I want you to know that I have perfectly good reasons why I haven’t had time to work on my blog lately:

1) Life got in the way. This category includes various family obligations and a collection of routine medical/dental/optometric appointments. 2) Special events. Among other things, I had a 3-day art show/book signing earlier this month; my class reunion this past Saturday (never mind which one!); and some preparations for traveling to the JASNA Annual General Meeting in a few weeks (so excited for that!). But most importantly, I’ve been putting in some serious time on 3) Writing the new book!

The idea for this, my current WIP (work-in-progress), occurred to me over two years ago, quickly followed by the title. I had used “Darling Exiles” to head a blog post I wrote on an unrelated topic – the concept that, if you’re a writer, you must be prepared to “kill your darlings.” In this case, I had decided to merely cast mine into exile instead. Anyway, I really liked the sound of it (Darling Exiles) and I realized it actually fit what the new book would be about.

I couldn’t really begin working on it at the time, though. I had other projects to finish first. 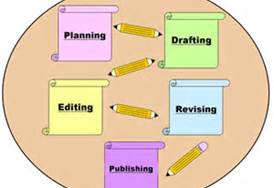 And then I ended up writing another entire novel, Return to Longbourn, ahead of it. But I decided to dash off a prologue to help me capture the idea (see Germ of a Novel). Then I wrote another prologue… and another. (I have a little problem in that area. See post To Prologue or Not to Prologue). After that, I set the book aside for more than a year, only turning it over in my mind from time to time. Finally, with the basic plot settled into place and some necessary research done, I’ve now begun to write in earnest.

I’m not going to reveal how the term “exile” works into the story (or who the exile is!), but I will say this much about the book. It’s a Persuasion tie-in with Jane Austen herself as narrator and heroine. The full working title is My Darling Exile: A Novel, wherein Jane Austen relates her own story of Persuasion.  It will unveil the truth about a previously secret romance she had with a sea-captain of her own, paralleling her novel. Persuasion is my second favorite Jane Austen (after P&P, of course), and I’m having a delightful time weaving the two stories together.

She had given him up to oblige others. It had been the effect of over-persuasion. It had been weakness and timidity. He had been most warmly attached to her, and had never seen a woman since whom he thought her equal; but, except from some natural sensation of curiosity, he had no desire of meeting her again. (Persuasion, chapter 7)

I have only finished five chapters (about 12,000 words) so far. Long ways to go. When will it be finished? That’s difficult to say. Hopefully no more than six months from now, but it all depends on how much of “reasons for delay” number (1 and (2 arise. If I’m late with blog posts to come, I hope it’s because of reason (3 instead.

Wish me luck and lots of uninterrupted writing time!

Update, August 2014: Well, it took nearly another year, but the book is finally finished and published at The Persuasion of Miss Jane Austen. Although I was sad to give up the original title, the new one will give readers a much quicker impression of what this novel is about. I did manage to retain “my darling exile” as a repeated line in the book, however!

8 Responses to WIP: “My Darling Exile”