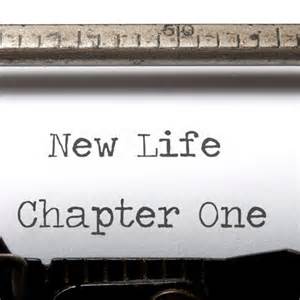 Have you ever wondered how your life would have been altered if at point A you had turned left instead of right? Would you have been happier or not? If you had a chance for a world-class “do over,” would you choose to go back to improve on your own life or pick a different life altogether, perhaps in a totally different time and place? I have always been fascinated by such questions, which led me to start a new series that’s all about second chances (the first two books to be released together in January).

If you’ve been following my progress, you already know something about the novels themselves. Each novel has a unique hero/heroine and story: Ben Lewis is a minor league baseball player and Hope O’Neil is a Austen-obsessed college student, and their choices take them on radically different adventures. But today I wanted to tell you a little about what they have in common; I want to introduce you to Cora, Poindexter, and a mysterious, who-knows-where place called The Crossroads Center.

“It would be a charming introduction for you, who have lived so secluded a life; and I could immediately secure you some of the best society in the place. A line from me would bring you a little host of acquaintance…” (Emma, chapter 32)

Cora and Poindexter are the slightly off-beat directors of The Crossroads Center, where they are in the business of giving out second chances. It’s usually dire circumstances that bring new clients their way (certainly true of both Ben and Hope), and then it’s their job to 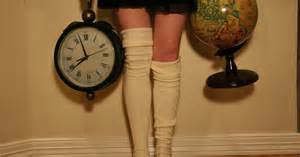 assist these down-on-their-luck people to sort out what to do next. With their help, Ben decides to turn back the clock a few years to take another shot at his dream (read blurb here). Hope turns the clock back even further, to 1809, trading in what she had before for an Austen kind of life (read more here).

There are probably going to be about a dozen clients at Crossroads at any one time, all of them trying to decide what to do with their second chances and interacting with each other along the way. Ben and Hope meet there, since their time at Crossroads overlaps. In fact, I chose Hope as the heroine of the second novel because of her appearance during Ben’s story. Each successive book will star someone you met in the previous one. (Maybe I’ll even take votes for who gets the next story!)

But what about the enigmatic Cora and Poindexter? I said I was going to tell you about them, but that’s not easy because nobody seems to know exactly where they came from, what their relationship is, or even what they really look like. Just as with Jane Austen, no photographs exist and descriptions vary. Poindexter, who always wears white, puts Hope in mind of Colonel Sanders. Ben, who doesn’t get along as well with him,

says Poindexter reminds him of a former pet albino rat named Roscoe. No consensus there! Cora is either a middle-aged brunette or a young, gorgeous blonde, depending on whom you ask. But one thing is for sure, she has a very quirky (even outrageous) fashion sense.

While heroes/heroines come and go, Cora and Pointexter are the constant, carry-over element in this series, so as the series continues there will be many chances to get to know them better – a little more with each new book. For now, I’ll leave you with this glimpse of them from the prologue of Ben’s story, Leap of Faith:

“So, what do you think of our newest specimen, Dex?” asked the forty-ish brunette lounging on a canary-yellow chaise. She gave a nod toward the monitor displaying a good looking, athletically built young man pacing his room like a caged lion. “Personally, I like the look of him.”

“I’m not surprised,” muttered her associate, a thin man of a more mature vintage. He stood at attention, tapping his pen against his jaw as he studied the screen. He barely heard the nasal twang in Cora’s voice anymore. After so many years of successful partnership – professional as well as personal – he had grown as accustomed to her idiosyncrasies as she had to his.

“It is far too soon to venture an educated opinion,” he continued in his clipped, aristocratic accent. “However, Mr. Lewis must have shown some promise or he would not have been referred to us.”

“His bio’s impressive – smart, talented, disciplined, loyal to the core, and a real team player. Plus, look what he did for the Ellerton boy. You have to admire someone who goes out of his way like that to help a kid. Ben’s good at heart, I believe, just down on his luck.”

“My interpretation of his character is rather less sympathetic. I shall endeavor to keep an open mind, but something tells me this one’s going to be a tough nut to crack.” Pursing his lips, he pondered a moment. “I’ll test the waters first, shall I? Then you can tidy up whatever mess I make and smooth things over with your charms, like always. I think you had better use your alter ego this time. The pre-arrival evaluation indicates the subject will respond best to a woman his own age. Besides, with the quantity of science fiction books and movies this young man has consumed, he will no doubt be expecting all the high-tech bells and whistles we can throw at him. Best foot forward, eh?”

“Of course.” Cora sat up and stretched her long, cat-like limbs. “I think I’ll be a blonde this time,” she declared. “I’m going to have to adjust the pitch on the voice modulator too. The higher setting I tried last time was a disaster. I could hardly stand to listen to myself. And the poor client… I swear he winced every time I opened my mouth.”

“Well, we all have our off days.” He extended a hand to his colleague and ran an admiring eye over her form as she rose. She stood nose to nose with him in height and, with her well-rounded figure, outweighed him by a few pounds. “It turned out right in the end, though,” he added. “I checked in on Mr. Carson only the other day, and he’s adjusting nicely to his new life. I believe we can count it as another resounding success.”

“I’m glad to hear it. Same approach this time?”

“Yes, I believe that will be best. I do hope this one won’t be too obstinate,” he said, finishing with an exaggerated sigh.

“Come on, Dex. Your complaints don’t fool me for a minute. You thrive on the more challenging cases. The others bore you to tears.”

“How well you understand me, my dear,” he said, squeezing her hand. “Of course, you’re perfectly right… as always.”

2 Responses to Meet Cora and Poindexter