Is it Spelled or Spelt?

While my upcoming novel (The Persuasion of Miss Jane Austen) is out to a few trusted beta readers for some feedback, and my graphic designer is working on the cover, I’ve assigned myself a project or two toward readying the book for publication. Probably the most daunting of these is the task of trying to discover all the words where my American spellings differ from the British English spellings, and converting them. I’ve never worried about this before. I’m American and a majority of my readers are American too. It would seem unnecessary, even false, to pretend otherwise, I reasoned.

This book is different, however. What is written in it represents Jane Austen’s own thoughts, expressed in her own words. So in this case, it seems just as anachronistic to have her using American spellings as it would be to have her making a telephone call or driving a car.

I knew, of course, that differences existed -colour/color, behaviour/behavior, theatre/theater, cosy/cozy, learnt/learned, for a few common examples – but little did I know HOW MANY! This “comprehensive” list, which I discovered today, states there are around 1800 roots and derivatives that vary from one dialect to the other. I was floored. How did this happen? Don’t we all speak the same language? Apparently not. 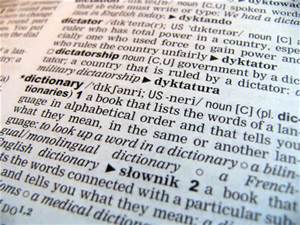 It seems that in the 18th century, before “the colonies” parted ways with Mother England, spellings had not been standardized. Thus, writers of the most popular dictionaries were free to subsequently decide spellings for themselves… and for all of us as well. Whereas the British mostly followed Samuel Johnson, Noah Webster (a proponent of spelling simplification and reform) was taken as the authority in America. Thus, the great divide developed.

Some of the new reform rules? If extra vowels don’t influence the sound of a word, don’t put them in (colour becomes color, foetal becomes fetal, catalogue becomes catalog). If it sounds like a “z”, make it a “z” (cosy becomes cozy, finalise becomes finalize). Drop unnecessary doubling of final consonants before adding suffix (levelled becomes leveled, etc). Great! I’m all for it.

Two problems, though. There are, naturally, many exceptions to these rules, and I don’t think Webster went far enough! While he was at it, I wish he had taken care of a multitude of other spelling inconsistencies. Examples abound, even within this very paragraph. I give you the perplexing case of the “gh.” Notice first of all that it sounds nothing like either of the letters of which it is comprised, and secondly that the sound the two letters makes together is not even uniform. Now throw in the “ph” in words such as paragraph and phone, and we’re hopelessly confused. And there are dozens more. 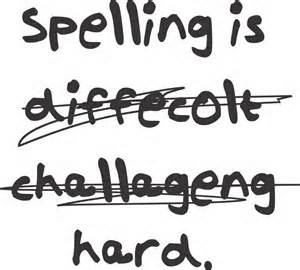 In an ideal world, every word would be spelled (or should we go with the British spelt?) exactly like it sounds, and every letter should make one and only one sound. I realize (or realise) this would require a drastic rewrite of the English language and the addition of several more letters, mostly vowels. But I think it would be worth it in the long run, especially for people like me. Spelling has never been my strong suit.

But back to the task at hand – the process of converting my novel to British English. I bet there’s a computer program out there somewhere that can handle the job. If I don’t find it, however, I hope Jane Austen and my readers in the UK will forgive any errors I make.

Do you think the fine points of spelling really count, as long as the meaning is clear (see my popular related post on the intriguing Cambridge study)? With all our electronic devices, spelling may soon be a lost art anyway, like calculating by hand and cursive writing. What do you think?

“You may think me foolish to call instruction a torment, but if you had been as much used as myself to hear poor little children first learning their letters and then learning to spell, if you had ever seen how stupid they can be for a whole morning together… you would allow that ‘to torment’ and ‘to instruct’ might sometimes be used as synonymous words.” (Northanger Abbey, chapter 14)

PS – In case you missed it, I gave an interview this past week for Maria Grace’s blog, Random Bits of Fascination. Among other things, I answer the question, “What superhero powers lurk beneath that mild mannered exterior?” Read the interview here.

2 Responses to Is it Spelled or Spelt?