People You Meet at Costco

Posted on September 12, 2011 by Shannon Winslow

It seems like every time I go to Costco, I run into some friend or acquaintance. In fact, it’s so common that I often wonder ahead of time who it will be. Sure enough. This morning was no exception; I bumped into not one, but two people I know. I relate this by way of introduction to the first question I was asked in a recent interview for a Jane Austen blog:

Q: Tell us about your history with Jane. When did you first meet her?

A: Would you believe I met Jane Austen at Costco about nine years ago? Before that fateful shopping trip, I hadn’t read any of her novels. I didn’t even watch period movies. Then, purely on an impulse (or maybe it was Colin Firth’s pretty face), I picked the 1995 film adaptation of “Pride and Prejudice” from the shelf and bought it. That started me off. Loved the movie. Read the book. Read and reread all Jane Austen’s novels. Bought every film version I could get my hands on, and so forth. I’ve been a confirmed “Janeite” ever since.

Q: Is Pride and Prejudice your favorite of her works?

A: Without a doubt. Next question? Actually, I guess I should at least mention that “Persuasion” runs a close second.

Q: When did you decide you wanted to write Jane Austen sequels?

A: I didn’t know sequels existed. Then, seven years ago, I found a “Pride and Prejudice” continuation at the bookstore. I was thrilled! It turned out it wasn’t at all the sort of sequel I had imagined or hoped for, so I decided to write one that was. Of course, I subsequently learned there were many others out there, but by then I was having too much fun with my own to turn back.

Q: Tell us one interesting thing you learned about Austen or the Regency during the writing of The Darcys of Pemberley.

A: Hmm, I’ll give you one of each. First, I learned somewhere along the line that Austen never wrote scenes of a type she could have no personal knowledge of. So, much as I like to think my sequel is as she would have written it, the truth is that, as a single lady, she never would have attempted to write about a married couple behind closed doors. Secondly, I learned that it wasn’t legal during England’s Regency period for a widowed man/woman to marry his/her dead spouse’s sibling. In other words, although it was perfectly fine and dandy for you to marry your first cousin, you couldn’t marry your brother-in-law, who was no blood relation. I’m glad I discovered it in time to avoid making that error in my book.

Q: What made you decide to publish independently?

A: When I started out, I definitely had my eye on a traditional publishing contract. I was fortunate enough to get an agent right away. She loved the book and shopped it around to all the major houses. It got a lot of second reads, but never quite found a home. That promising start was followed by a lot of waiting, frustration, and rejection. I finally decided I had waited long enough. Plus the current technology has made self-publishing a very viable alternative.

Q: What words of wisdom do you have for your fellow “Indie” Janeites? Is there something that turned out far better than you’d anticipated, or something you’ll do differently next time?

A: Let me say that writing and publishing a book on your own is not for the faint of heart. It takes persistence, hard work, and a wide range of skills – writing, editing, formatting, graphic arts, and promotion. Most of us aren’t experts at all of these, so be ready to get assistance when and where you need it. Expect to pay for some of it, but I was amazed at how much indie authors help each other. It’s important to get tied into that community. Next time, I’ll know the ropes and be more organized. And I can take my turn helping other writers through the process.

Q: Speaking of next time, I hear you have other projects percolating. Can you tell us anything about them?

A: Certainly! I have two other completed novels: an independent Austenesque story titled “For Myself Alone,” and a contemporary “what-if” about, of all things, a minor-league baseball player who gets a second chance at his dream (I managed to work a Jane Austen reference even into that book, however!). I just started work on another P&P sequel, picking up the action five years after the conclusion of “The Darcys of Pemberley,” and focusing more on Mary and Kitty. I have an idea for a “Persuasion” tie-in novel as well. But the next things to be published will be short stories – two parodies in “Bad Austen” this November, and, one way or another, “Mr. Collins’s Last Supper” (finalist in the “Jane Austen Made Me Do It” short story contest). It’s a tongue-in-cheek tale about Mr. Collins’s premature demise, and so serves as a prequel to “The Darcys of Pemberley.” 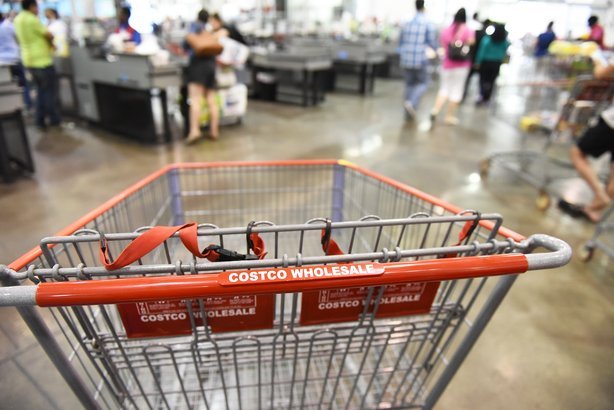 The rest, as they say, is history. None of this would have happened if I hadn’t gone to Costco and discovered Jane Austen. Just goes to show you that you never know what treasure you’ll find, or what new friend you may meet, when you grab that oversized shopping cart and march through those open door.

“Only think of our happening to meet him! How very odd! It was quite a chance…” (Emma, chapter 4)